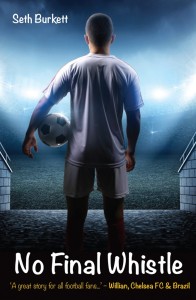 “When I was growing up I was obsessed with football. I started playing as soon as I could walk, and by the time I could run I was playing two matches in a day and then heading to the park straight afterwards. At the park I’d have a kickabout with my friends and if none of them were around then I’d be out in my back garden practising on my own.

Wherever I went I took a ball.

When Leicester released me at the age of 16 it felt like my world had ended. After being there for six years, Leicester City was all I knew. I had been sure that I was going to make it into their first team.

Being released made me feel like I had let a lot of people down. Those around me had made plenty of sacrifices over the years: taking time off work to get me to matches, driving me to training sessions, buying me new boots, watching me play. It hadn’t been easy or cheap for them. And it had all been for nothing.

But I didn’t let that stop me.

Most importantly, I wanted to succeed for my parents and those around me who had supported me. I owed it to them and I also owed it to myself after all the sacrifices that had been made to become a professional footballer.

I signed for a local team called Nettleham. Soon enough I was called up to represent Lincolnshire. That’s where I met Seth. While I’d been released by Leicester, he’d been released by Peterborough United. We played down the left hand side; him at left back and myself at left wing.

From there, he signed a professional contract in Brazil and went on to write a few books, including the one you’re about to read.

And myself? I ended up in the Premier League.

It’s something that I never would have imagined. In the space of four years I went from working in a department store to playing against Arsenal and Manchester United.

Playing in the Premier League is the result of working hard every day, of listening to the advice of those around me. Ultimately, I believed in my ability despite what others said and never settled for what I had. I always wanted to test my ability at the next level, and in the end that desire paid off. I signed for Lincoln City, then Jerez Industrial, Hereford, Mansfield and Chesterfield. I was moving up through the leagues. Then, finally, I reached the top. I got promoted to the Premier League with Hull and won Player of the Year. When Hull were relegated, I returned to the Premier League by signing for Swansea.

The journey proved to myself and all those who doubted me that I was good enough.

All of the sacrifices had been worth it.

If I could say anything to an aspiring footballer it would be to enjoy every second of playing. The percentage of young players who make it professional is very small, so you should have as much fun as you can when on the pitch.

If you always listen to your coaches and teachers and keep trying to improve, though, then you never know what can happen. Even now I’m still improving my own game. Learning never stops.

Ultimately, football is a game of opinions.

You may get told ‘no’ by one person. That doesn’t mean you should give up. The next person may see your potential.

If you enjoy playing and keep on learning and trying to improve then anything is possible.

It’s what No Final Whistle is all about.

It’s what my career has been all about.

And it’s what I’ve proved with my journey to the Premier League. 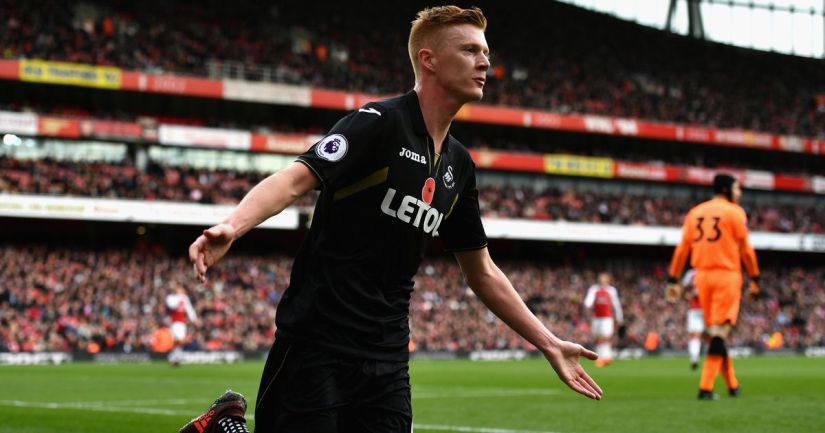 1 thought on “No Final Whistle: Foreword by Sam Clucas”