My gran isn’t a normal gran. She’s 86 and drives a car boot full of dead chicks around with her. She serves roadkill for Christmas dinner. She’s got an MBE. And she’s nursed thousands of animals back to health over the last 65 years. 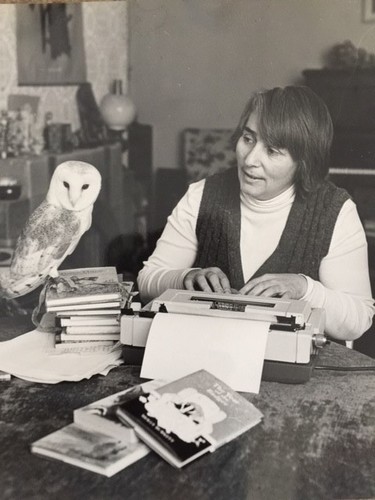 Staying at Gran’s often has its challenges. You see, she runs a wildlife rehabilitation centre from her house, living alongside unwell animals and injured birds. As she’s aged she’s lightened her workload. Where once there were well over 300 animals and birds on her property, now there are fewer than 20.

Most of the animals and birds are wild. They haven’t been domesticated and that’s never part of my gran’s plans. She always intends to return them to the wild once they’re back to full health. The downside to this is that the animals and birds she takes in often behave like wild creatures. There was the badger that stole the vicar’s shoelaces, the squirrel that collected the tops from the milkman’s bottles each morning, the snake that made a habit of escaping. Poor Mrs Bellamy, who used to come and clean the house, was once found shrieking on a stool as the snake slithered around beneath her. She’d been there for hours.

When you live in a house with hundreds of animals and birds, you’re bound to pick up a few tales. My gran has always been a storyteller. She prides herself on speaking to anyone who’ll listen. And in 1972 she decided to put one of her tales to paper.

The Year of the Badger is the true story of Nikki the badger, who arrived on the Burkett doorstep in a terrible state. Nikki was taken in and cared for, developing human habits and a taste for mischief – much to the detriment of the rest of the village.

My gran sent her story out to publishing houses and took up an offer from Macmillan. That gave her the confidence to write even more. To date she’s had well over 100 books published. The Year of the Badger was read far and wide, with the film rights even being snapped up by Disney, resulting in the creation of a Japanese cartoon. 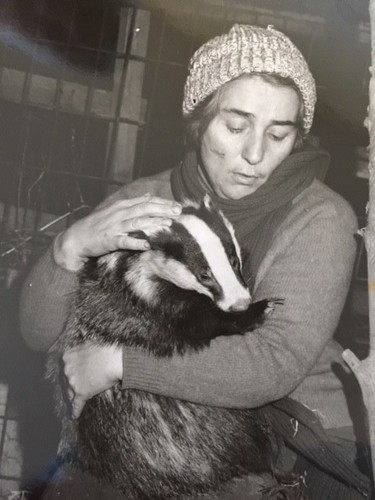 Ever since I was old enough to pick up a pen, my gran has encouraged me to write. We used to come up with silly stories, stuff like a footballer whose feet grew every time he kicked a ball, eventually becoming so big that he can no longer fit through the door and has to enter his house through the window.

When I turned 16, Gran decided it was time to get my name in print. By then she’d opened her own publishing house, Barney Books, and was writing a book called Hobby. She invited me to ‘edit’ the book and promised it would go down as a joint writing project. I ended up writing about two sentences, but as far as the readers were concerned I’d written half.

Just as Gran predicted, that publication led to more opportunities for me to have my work published.

Last year, Gran told me she would like The Year of the Badger to be updated for a modern audience. After all of the inspiration she has given me over the years, I felt it was the least I could do.

We’re crowdfunding to publish a revised edition of The Year of the Badger through Unbound. It’s been a slow start, but it’s great to work once again on a book with my gran. Together, we’re actively looking for contributors. If you enjoyed reading a very small part of my gran’s story, you can find out more about The Year of the Badger here: https://unbound.com/books/the-year-of-the-badger/.